This really does warm my heart. 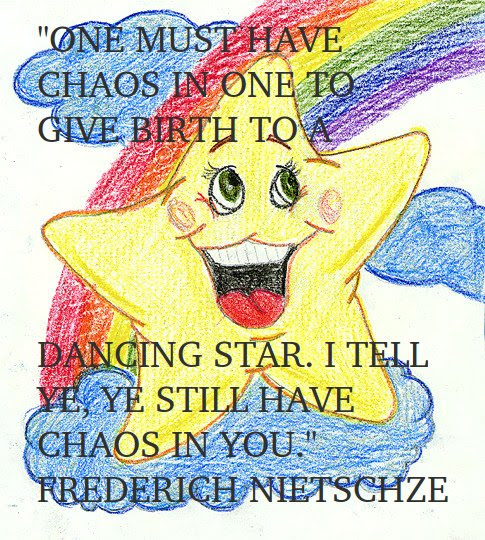 Guess what time it is: make fun of Murray Rothbard time.

Here is yet another quote from celebrated libertarian "philosopher" Murray Rothbard:

SO: WHY TALK ABOUT RACE AT ALL? If, then, the Race Question is really a problem for statists and not for paleos, why should we talk about the race matter at all? Why should it be a political concern for us; why not leave the issue entirely to the scientists?

Two reasons we have already mentioned; to celebrate the victory of freedom of inquiry and of truth for its own sake; and a bullet through the heart of the egalitarian-socialist project. But there is a third reason as well: as a powerful defense of the results of the free market. If and when we as populists and libertarians abolish the welfare state in all of its aspects, and property rights and the free market shall be triumphant once more, many individuals and groups will predictably not like the end result. In that case, those ethnic and other groups who might be concentrated in lower-income or less prestigious occupations, guided by their socialistic mentors, will predictably raise the cry that free-market capitalism is evil and "discriminatory" and that therefore collectivism is needed to redress the balance. In that case, the intelligence argument will become useful to defend the market economy and the free society from ignorant or self-serving attacks. In short; racialist science is properly not an act of aggression or a cover for oppression of one group over another, but, on the contrary, an operation in defense of private property against assaults by aggressors.

TL; DR version: scientific racism disproves the need for economic egalitarianism and justifies inequality. Therefore, it is useful as a weapon against the welfare state project.

Fine, you can object that this was written in 1944, almost every philosopher at that time had this kind of problem, and it seems separable from the rest of his thought. Presentism should be discouraged. After all, we don't completely discount the statistical views of RA Fisher (unless you're a very strict Bayesian) just because he was a supporter of eugenics and denied the possibility of smoking causing cancer. However, one salient difference is that we do not use his works that go anywhere near his eugenic ideas or his crazy denial of the link between smoking and cancer. We use his math and that is all. With Rothbard, these ideas are harder to extricate.

Braley and Loesback, you spineless traitors!

How dare you vote for Upton's bill?

Ladies and gentlemen, the surrender caucus at work. They are not only in the surrender caucus, but really need to be locked in room with an actuary who will beat them over the head with a newspaper until they understand how insurance works. Upton's bill was a bit of political theater rather than a real policy proposal and they gladly behaved like the useful idiots they are by signing on to it.

Modern libertarianism, especially the American variety, has a lot more in common fascism than with the American democratic tradition, in my opinion. Particularly their explicitly anti-democratic elements.
Posted by Mr. G. Z. T. at 14.11.13 No comments:

Is your phronema noetic enough?

I haven't heard anybody talking in these terms for at least a year, maybe two. Is it because I have not been looking enough, have been too busy to see, am looking for love in all the wrong places, or is this brand of nonsense dying out and being replaced by other forms of self-loathing? "Behold, I make all things new."

In the moment, I am neptic. Not because of any phony elder's blessing. But because, I am enlightened by my nous.

I commented recently on how I considered that the success of the American experiment in democracy had "more to do with its foundations in the English common law tradition than the genius of the authors of the Constitution and Bill of Rights." Of course, "blaming" the apparent success of American democracy on something other than the Constitution is quite well-founded. Toqueville in his On Democracy in America (nobody dared to correct him that we are not a democracy, we are a REPUBLIC, amirite?) attributed the success of the American experiment on the mores, or habits of the mind, of the Americans rather than, for instance, a superior and magical Constitution.
Posted by Mr. G. Z. T. at 12.11.13 No comments:

Other names that are great.

Some names are great, but sound odd to actually have in English, but turn out well anyway because there are great nicknames that work. This list is neglecting common Greek or Russian ways of creating nicknames from these names. These are just musings off the top of my head. Overly Greek or Slavic names can be Latinicized if you prefer (eg, -us instead of -os, 'c' instead of 'k', etc). Frankly, there's a fine long English tradition of giving people obscure, long, and foreign (although in that case, typically Hebraic in at least the 19th century among Protestant) names. So why be shy about it now?
Posted by Mr. G. Z. T. at 10.11.13 5 comments: