Historical article from South Africa on racism in the church

I find this interesting as South Africa is one of the places where "White Rights" activists are always looking. It's a story of how they dealt with somebody pushing racism. TL;DR version: eventual excommunication. Of course, this was a very, very bad form of racism which denied somebody was even human, and that's right out of the question.

This is relevant in more ways than that outcome: the leader of that traditionalist has worn an Ian Smith shirt around before and quite recently their group wrote some on facebook praising the idea of Orania - a whites-only town (actually, Afrikaaner-only) in the middle of South Africa which would hopefully expand to their own little self-sufficient nation purely for their own "volk". Frankly, this model is less odious than some other ones (ie, the bantustan idea), as they're taking voluntary action to create a self-sufficient community rather than, say, claiming all the good land in the country or exploiting a permanent underclass of workers to maintain their advantage, but it's still wrong.
Posted by Mr. G. Z. T. at 3.5.14 No comments: 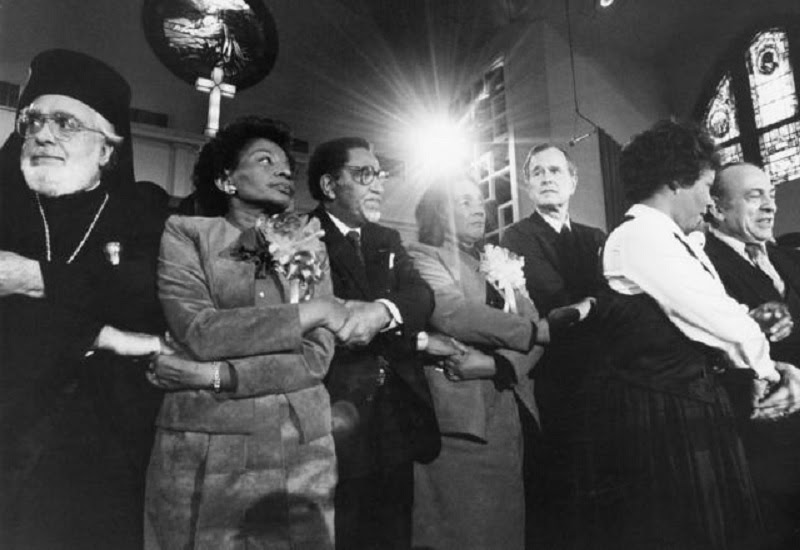 Racism has been in the news a bit lately. Of course, Orthodox Christianity categorically rejects it, as in Christ there is "neither Jew nor Greek" and the Gospel is proclaimed to "all nations". Doing so generally requires some mixing of those nations. This is so obvious now that I must say "of course", but perhaps it is not obvious to everybody else.

A couple weeks ago, a Catholic web-logger brought up his discomfort, or rather Fr Alexander Schmemann's discomfort, with some of the hymnography on Holy Friday. I remarked that there are certainly a few sentences in there that could be tweaked. Of course, there was the typical response, which I think kind of misses the point, but it should be in there for completeness.

Anyway, this is a prelude to bringing up some unfortunate nonsense. Focused attention, of course, seems to be what the guy wants and which the people at the incident in question seemed to try hard not to give him. However, given how much racism pops up in the news these days in general, it's good to bring up that we are all one in Christ.

That last guy wasn't so bad.

In the grand scheme of things, it's making a tempest out of a molehill. There are worse things in this world, like racism or beating people up using a cross ("the instrument of peace").
Posted by Mr. G. Z. T. at 29.4.14 No comments: