Is it a witch?

First, my apologies about evolution: I put off the second installment for a while and then I forgot what, exactly, I was going to say. But the real point is that this isn't what it's all about, that isn't what faith is, that's just an easy answer.

Here's another easy answer: wouldn't it just be so nice if all our physical problems were really spiritual? There is an unfortunate line of thought in Christianity in general that tells people with chronic illnesses or mental illnesses that perhaps the real answer is God. 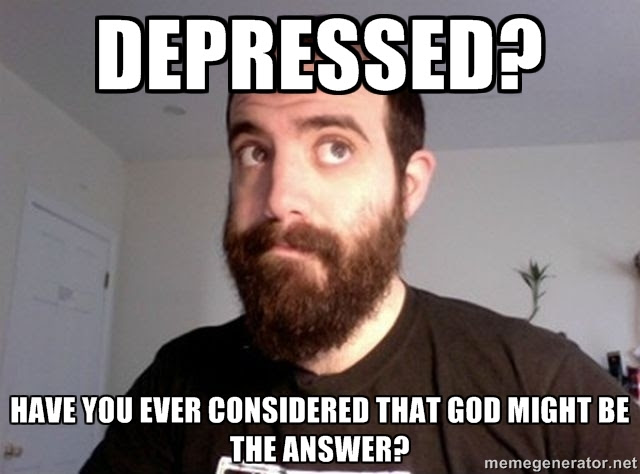 For somebody who is completely closed to spiritual explanations, perhaps some minor consideration of whether there is a spiritual aspect to sickness is warranted. But, generally, this sentiment is expressed at religious people by religious people. Most of the religious people it is expressed at know all too well that there is a spiritual aspect to sickness and may have come from an environment where that is expressed to a fault. Honestly, if you have somebody who's coming to church on a regular basis, they're probably not in need of a spiritualizing explanation of illness. That is a tactic also used in spiritually abusive environments, by the way, and one should probably avoid the resemblance.

Wouldn't it be nice, though, if it were true? Oh, you have a chronic illness of some sort? Perhaps you sinned, or don't have enough faith, or a witch cast a spell on you. Those are horrible or tragic things, but, you know, they can be fixed directly. Confess your sins or visit a monastery or eat the witch or something and, BAM, you're fixed. All those doctors don't know anything. There is nothing in the world that cannot be fixed.

Somebody who is suffering constantly and for years has already thought of this and tried it. There isn't some special prayer that they were missing. 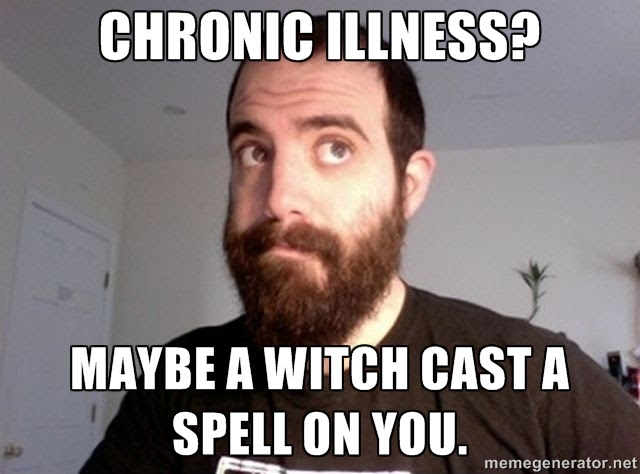 I don't mean to deny that there are people with chronic illnesses healed by holy people - it's in the Bible and it definitely happens in the post-biblical era. However, those are exceptions rather than the rule and most of those were physical ailments rather than demons, witches, etc. And demons are real and do afflict people and holy people do cast them out and rebuke them, but it's not the normal order of things and Christians are not under the power of demons.

The short story here is that most people don't know how to be anything other than Job's comforters. And it is horrible. This is not faith and this is not from God. They are pious platitudes that may as well be atheism. It also seems to be all a certain brand of Orthodoxy - an ascendant one - offers people. 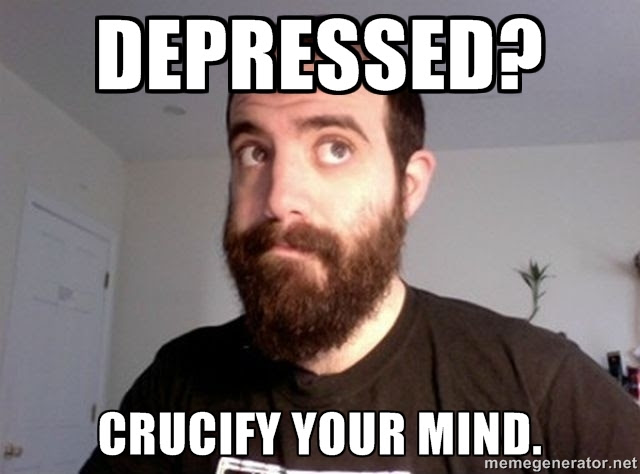 In short, no, we're not under a witch's spell, but thank you for your concern. We wish some malevolent corn witch were behind it, though. 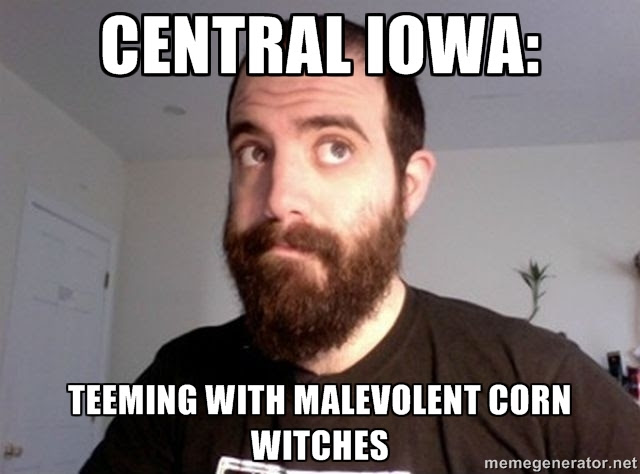 "All those doctors don't know anything."

Us doctors are just a bunch of liberals pushing our liberal agenda. We'll teach your kid to be gay and your wife to cheat on you cackling merrily all the way.